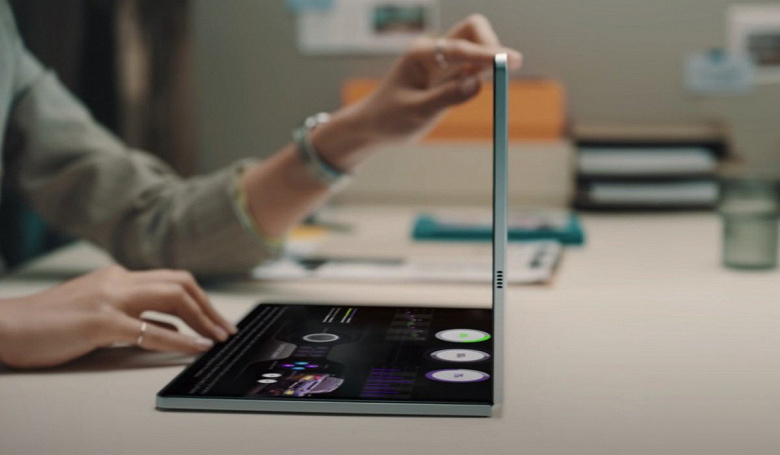 Samsung is reported to be working on a new laptop with a foldable display, after the recent introduction of its next-generation folding smartphones, the Galaxy Z Fold 3 and Galaxy Z Flip 3. The Galaxy Book Fold 17 is a gadget that is rumored to be under development by Samsung and might be unveiled later this year or in early 2022.

Ice universe (Twitter/@UniverseIce), a respected Samsung leaker, has the newest tip. The tipster shared a picture of a recent tweet that references the Galaxy Book Fold 17 nickname.

Samsung has already demonstrated several of its foldable display technologies at the Society for Information Display (SID) convention earlier this year, for those who were unaware. The business originally showed off a laptop with a 17-inch foldable display in an official advertising film, among other things. You may watch the video on YouTube down below:

Despite the fact that Samsung did not name its foldable-display laptop at the time, Ice universe now says that it will be released as part of the Galaxy Book Fold series. As a result, the Galaxy Book Fold 17 will come with a big, continuous OLED display that can be folded in half.

In addition, Samsung will incorporate its under-display camera technology into its foldable laptop product. In addition, the gadget will include a 180-degree hinge system that will allow users to lay the all-screen tablet flat on a surface, according to the video.

Aside from that, little is known about the Galaxy Book Fold 17’s internals. Furthermore, there is currently no information about its pricing or availability. However, based on the most recent information from Ice universe, which has a good track record, we can fairly conclude that Samsung is working on the product right now.

It’s still too early to say what additional features the Galaxy Book Fold 17 will offer. Earlier this year, a proposal was presented that was extremely ambitious. It boasted ultra-thin bezels all around and an Under-Display Camera (UDC) — though the manufacturer called it an Under-Panel Camera at the time (UPC).

Even if Samsung is working on a 17-inch foldable laptop for the consumer market, a lot can change between idea and production, so there’s no assurance that this gadget if it exists, would use UDC technology or even look like the one shown at Samsung Display.

Samsung feels that UDC technology is appropriate for large-screen products like the Galaxy Z Fold 3, so it should make sense to use it in a bigger 17-inch laptop or tablet.

There’s no word on a probable release date, but if the Galaxy Book Fold 17 is real, we’ll undoubtedly learn more in the following weeks and months. It’ll be the company’s first gadget of its sort, therefore it’ll be significant.