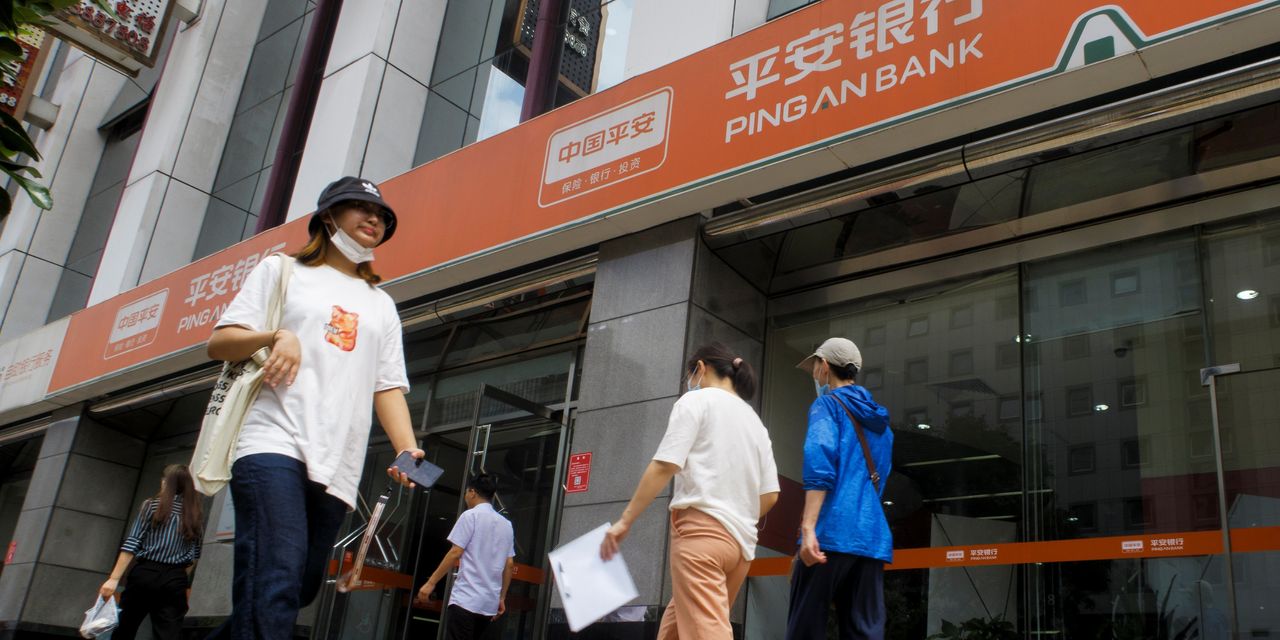 The Chinese retail financial-services giant, with a market capitalization of about $157 billion, is the world’s second-most valuable insurer after Warren Buffett’s Berkshire Hathaway Inc. The Shenzhen-based group also operates a bank and has units that provide asset management, consumer loans, healthcare and technology services.

Ping An’s Hong Kong-listed shares, which are part of the MSCI China index, have been on a downward slide lately, losing 29% in the year-to-date period and significantly underperforming broad market benchmarks.

Ping An, one of China’s biggest sellers of life, health and property-and-casualty insurance, has been grappling lately with a shrinking sales force as the overall insurance industry’s growth in policy premiums slows. The company also incurred heavy losses this year from an ill-fated investment in the shares and bonds of China Fortune Land Development Co. , a real-estate company that defaulted on its debts. In April, Ping An estimated it would incur a $2.8 billion loss from its $8 billion exposure to the developer.