Exploring ‘the most spooky, weird kind of science’ 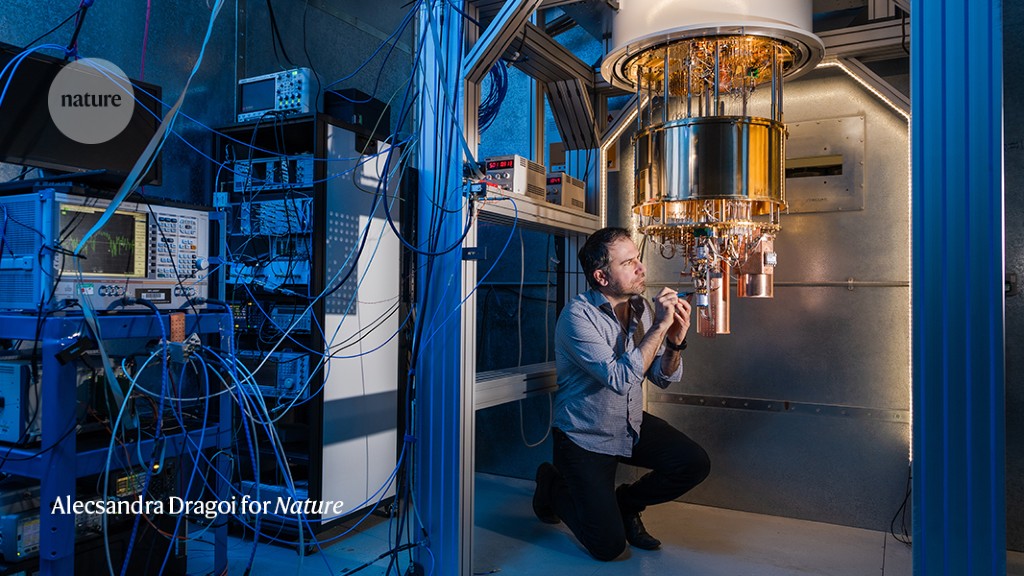 In my work as a quantum engineer, I wear two hats. At the National Physical Laboratory (NPL) in London, where this photo was taken in April, I research quantum metrology, the scientific study of measurements based on quantum-physics principles. The instrument in this image is a dilution refrigerator, which allows us to cool our semiconductor quantum devices to 0.007 kelvin: that’s a fraction of a degree above absolute zero (−273.15 °C), a temperature that, in nature, exists nowhere in the Universe.

In experiments at the NPL, we clock the transfer of single electrons so accurately that I know exactly how many of them move in a unit of time. By controlling electrons one at a time in this refrigerator system, I can generate an electric current very, very precisely. This level of control is useful for my research at the University of Strathclyde in Glasgow, UK, where my colleagues and I are developing quantum computers using semiconductor technology. By moving electrons one at a time, we can transfer information between various parts of a semiconductor-based quantum computer.

Quantum computing uses quantum bits, or qubits, that can exist in different states simultaneously. This means that quantum computers can perform certain calculations exponentially faster than classical computers. They can also simulate chemical reactions, because they work on the same quantum principles that govern interactions between individual atoms and molecules.

The idea that something can be in two states or two places at the same time is counter-intuitive. I feel that I myself live a contradiction. I study quantum physics — the most unreliable, spooky, weird type of science — and apply it to metrology, which is supposed to be among the most reliable, precise and repeatable of disciplines. To think how these two things come together successfully is mind-boggling.